Colin C. Edgerton, MD, rheumatologist at Articularis Healthcare in South Carolina and chair of the American College of Rheumatology’s Committee on Rheumatologic Care and former US Army rheumatologist, discusses the prevalence of arthritis among active and former service members as well as the importance of a dedicated arthritis research program at the United States Department of Defense. 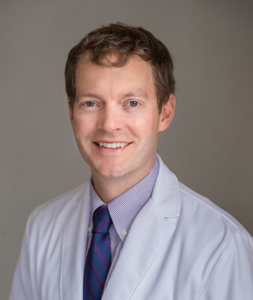 Arthritis is a large treatment challenge for service members. We know that there is an inability of service members to return to full duty, which is highly impacted by musculoskeletal injuries. This is also the most common reason for medical discharge from the armed services, 78 percent of males and 85 percent of females.

Due to that combination of those activities and a long career, we see a disproportionate impact of musculoskeletal injuries and arthritis affecting service members.

When I was working as Army rheumatologist, I was the primary reviewer for cases where service members were being medically discharged for both arthritis due to injury, as well as arthritis and autoimmune diseases affecting the musculoskeletal system.

I would have to review these cases and see young service members, men and women, who otherwise would have wonderful career opportunities with the military. These were cut short because they couldn’t perform some of the physical services or they couldn’t be deployed to austere environments due to their arthritis or autoimmune diseases.

I saw firsthand the high proportion of soldiers that we were losing due to these medical retirements and medical separations.

I also served overseas with an infantry unit in Iraq and in that role was the first line physician that would see injuries. I saw that these statistics are indeed true, that the majority of injuries that I was seeing in the aid station were related to musculoskeletal injuries.

We know that there’s a tenfold higher incidence of ACL, to knee and meniscal injuries in active duty service members. I absolutely saw that. We would see soldiers who were carrying heavy loads, very heavy body armor. They were navigating uneven terrain. They would suffer these injuries.

We know the science behind cartilage and ligament injury is that those sorts of injuries early in life set up an accelerated timeline for traumatic arthritis later on in life.

The service members who are fortunate enough to recover from their injuries, and stay in theater, and continue to do their job unfortunately weren’t really out of the problem zone because that might come back and haunt them when they’re in their 40s and 50s, lead to joint surgeries and joint replacements much earlier than their peers.

Sadly, we saw a lot of service members that we had to return back to the states and lose them as part of the fighting unit because of their injuries. In a deployment setting, you don’t get replacements for injured soldiers. That did affect the readiness of the unit.

We know that there are very consistent physical demands that are placed on the veterans when they were on active duty status. Even if those injuries were such that they were able to complete their career, that sets up a ticking time bomb as far as accelerated damage to the joints down the road.

As adults, we don’t grow new cartilage, the soft cushioning within our knees, so if there is an injury to cartilage, whether it be in a knee, or ankle, or other joint, what’s lost is lost. As life goes on, that joint is more likely to wear out or fail at an early age.

I think what we see in veterans is the results of that, which is damage that was done at an earlier stage of their life which leads them to greater disability earlier than their peers.

I think it’s similar to if you looked at the offensive or defensive line for a football team and compare them to their peers in regular life, you’d see that there are a number of mechanically associated disorders that would occur with a much higher prevalence.

Again, our service members are living like high level athletes for their entire career. We see similar types of problems. I think there’s also a culture in the military, which is necessary to accomplish the mission, which is continuing to drive on despite injury. I definitely saw that in the deployment setting with our young infantry soldiers.

To a degree, injury and pain was part of the job. That was accepted. I think we could do a better job of focusing on preventing and treating those problems when they’re occurring so that we don’t lose those assets as time goes on.

There’s a unique opportunity in the Department of Defense to focus on research related to arthritis and rheumatic conditions, autoimmune conditions.

First of all, there’s a single electronic medical record and an element of control over aspects of individuals’ lives that make it a very rich resource for studying and comparing populations, and their outcomes, and what people have been exposed to, and what sort of interventions are effective.

From the active duty perspective, looking at our service members, when research is performed within the Department of Defense, it’s far more likely to be accepted by the people who need to accept it, which is unit commanders and the individuals who are in charge of soldiers, and sailors, and airmen, and Marines in their day to day lives.

There is an example of this. When I deployed with the infantry unit to Iraq, that unit was the 101st Airborne out of Fort Campbell, Kentucky.

They had an ongoing research project called the Disease Prevention and Disease Injury Prevention Laboratory, where research was occurring on the actual base, looking at ways to modify physical fitness training to reduce injuries when soldiers were deployed.

If that research had been performed in a non‑DoD setting, in an academic medical center, even if it looked great and the results were great, you would never have seen unit commanders actually start to implement the findings of that research with their units.

They’re not really interested and, perhaps, don’t trust what people from outside are telling them they should be doing with their soldiers. Because that research occurred on base, and it incorporated the units, and the commanders could see what the training looked like, and how it could be incorporated into the normal physical fitness training for the soldiers, it was accepted.

That made a big difference in reducing injures. Again, research done within the walls of DoD tends to have a more direct impact on soldiers and, by extension, on those soldiers when they become veterans than things that are done outside.

Again, the veteran population, when it comes to arthritis and autoimmune conditions, occupy part of the spectrum of what happens younger in life. The benefits that are seen in the active duty population very easily translate into benefits seen down the road.

Another example of the opportunities within DoD include, again, having a large pool of combined resources. The DoD runs a program called the Serum Bank, where Serum samples are frozen in warehouses when labs are done periodically on service members.

That serves as a wonderful resource for researchers if they need to look back in time for things like serologic biomarkers for diseases.

There were some pivotal studies done in lupus using that Serum Bank where researchers were able to go back in time, once a service member was diagnosed with lupus, and identify markers in the blood that existed years before the onset of the disease that would predict that disease.

Now, those markers are used in the commercial and the civilian setting as a mainstay of diagnosing lupus. That sort of differences that exist within the DoD system can be leveraged well with research programs that are aimed at the DoD funding stream.

We know that the congressionally mandated research programs, there are specific disease states that are funded by name. Because arthritis has such a high level impact on the military, it makes sense to us that that should be an area of research that’s funded by name.

Currently, it’s not. And so, if someone wants to perform arthritis research using that DoD funding stream, it’s a competitive process whereby their research has to compete with other disease states on a yearly basis.

Given the outsize impact that arthritis has on DoD, it certainly makes sense that it’s a disease state that would be funded by name.

PrevPreviousArticularis Rheumatology Network GPO will Exhibit at Inaugural NICA Meeting
NextThank you for stopping by ARN’s Exhibit at #NICA2019!Next

The Next Chapter for Real World Evidence: Validating Data with the Patient Voice